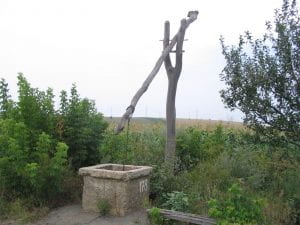 I just heard from some other Egyptians that there will be a need for something called government. They said that government will keep us at peace and make things fair. I don’t wanna have some stupid government ruled by some nomarch. And guess what else? If you don’t pay your “Taxes”, you will be publicly beaten. I don’t want to have to follow rules that some nomarchs, make me follow. I want to be a free citizen of the land I choose to be a part of.

I think that Egypt is at peace. We don’t need a government. People do bad things but we all forgive each other eventually. Just because Isis poured sand in the Ra’s shaduf because he made an unfair trade doesn’t mean we need a government to send Isis to jail for his misbehavior. It’s nobody’s business to deal with them. Ra and Isis are grown and are fully capable of sorting things out. I hope we don’t get government cause we don’t need it.